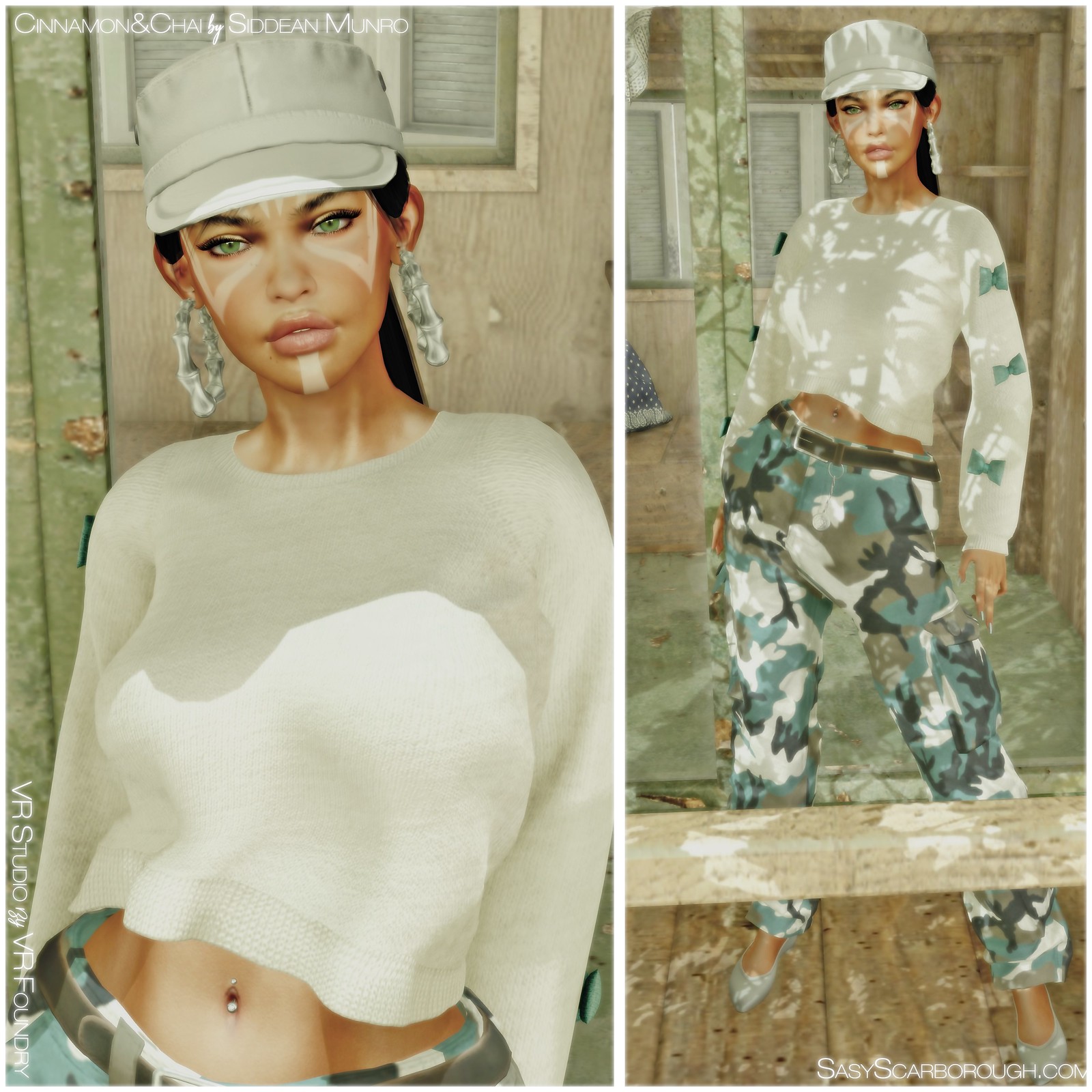 I enjoy my inventory, it can be very giving in things that just make me happy in terms of creating looks that just seem to come together without a huge amount of sweat and tears. I was reminded by a friend that I had not yet blogged the camo pants I got at Freda the other week. Funnily enough at the time of said reminder I was standing in a huge warehouse event (so large I had to turn my draw distance way up just to see that there was more) trying on this gorgeous sweater by C’est La Vie that not only included both Slink body options but also Cinnamon & Chai, so I was overjoyed and ran full speed to get it. Not only does it have lovely soft colours to choose from but you get a fantastic hud for the bows so that you can change their colour and the combination for me was just perfection.

The pants are gorgeous not only in colours and there are so many combinations of camo and plain that I really stood there so long deciding, Freda’s store is fabulous and enticing and I found out that she has updated everything for Cinnamon & Chai so I will be running back over there as soon as possible. The shoes are part of the releases at the Cinnamon & Chai store, and because they were made with the feet animations in mind, you can actually make them the heights on the HUD if you like, which makes photography so fun.

I was planning on rezzing some bamboo behind me, ended up with this treehouse instead and some fabulous older bamboo oversized earrings from LaGyo that just made me super happy, and then topping it off a chance to wear the military hat/hair style by Slink.
Wanting a little more flavour I decided to look in my inventory for some face tattoos, and came up with this delight that is an older Pink Fuel face tattoo, it is much fainter than this and tintable, but I stacked about three on top of each other for some depth.
I am enjoying as always mixing older with new, and giving my inventory some much needed airing, we put things away, but occasionally they need to see the light of day.