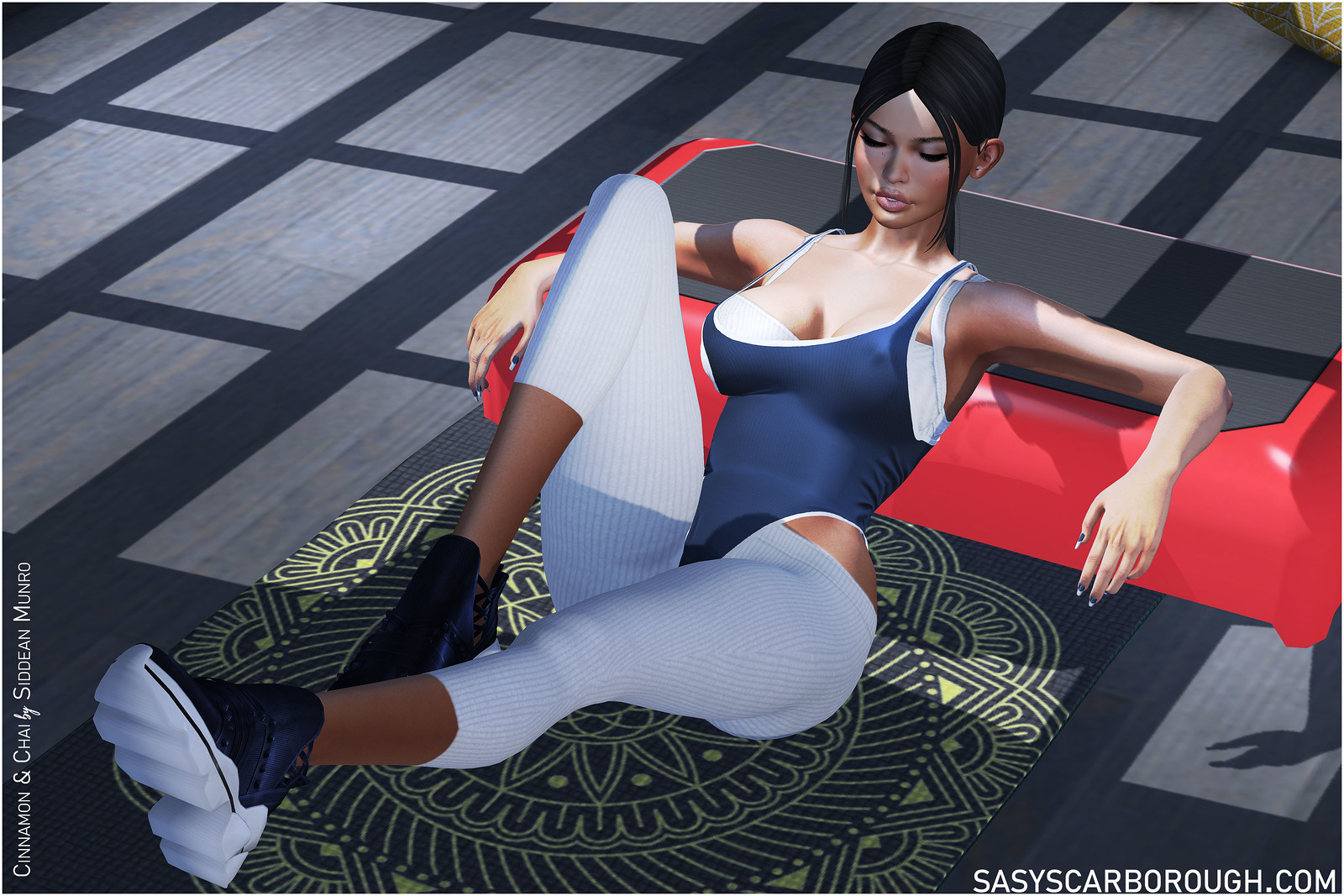 Early on Blaxium created an item with Cinnamon & Chai sizing, and I instantly ran over to grab it, however the prude that I am was not going to be able to see myself in this fabulous leotard with one breast partially exposed. I was unable to get it out of my thoughts though, constantly thinking if only it was not a peek a boo look, if only…then I remembered who I am, I am Sasy, I can make this work. For it to work as needed today I am wearing the Chai version, now full disclosure, with minimal effort on my part I could have made the Cinnamon work also, as I have the resources in my own products that I could convert, but felt that the best thing to do was to show how versatile it is to have two options of body to use. The Chai body uses the SL uv as far as the feet, and so with some help from Sn@tch I ran back to Blaxium and grabbed the fatpack because this leotard is just too gorgeous not to want it in every colour.

Again full info, the wonderful ability to mod when perms allow, made it possible to shorten this tank, wear multiples of it, as it does have a sheer aspect to it, and then with the leggings I shortened them, so that everything worked well with the leotard. Then the pose worked out perfectly because honestly when one has an ample chest and one is working out, one in this very case is prone to potentially slipping out of its possible confinement, and that is why we wear enough options to preserve our modesty in the threat of that happening.

So while the style intention is not my usual cup of cocoa, it adds a realism that very much is, and for that reason alone it had to be shown, so thank you Blaxium for reminding me of who I am, and what delights my inventory holds.

oxytetracycline neurontin 300 mg for anxiety If the court were to proceed with any of the petitions, itwould be the biggest environmental case since Massachusetts v tamoxifen breast cancer

I like what you guys are up also. Such clever work and reporting! Keep up the superb works guys I have incorporated you guys to my blogroll. I think it’ll improve the value of my site 🙂