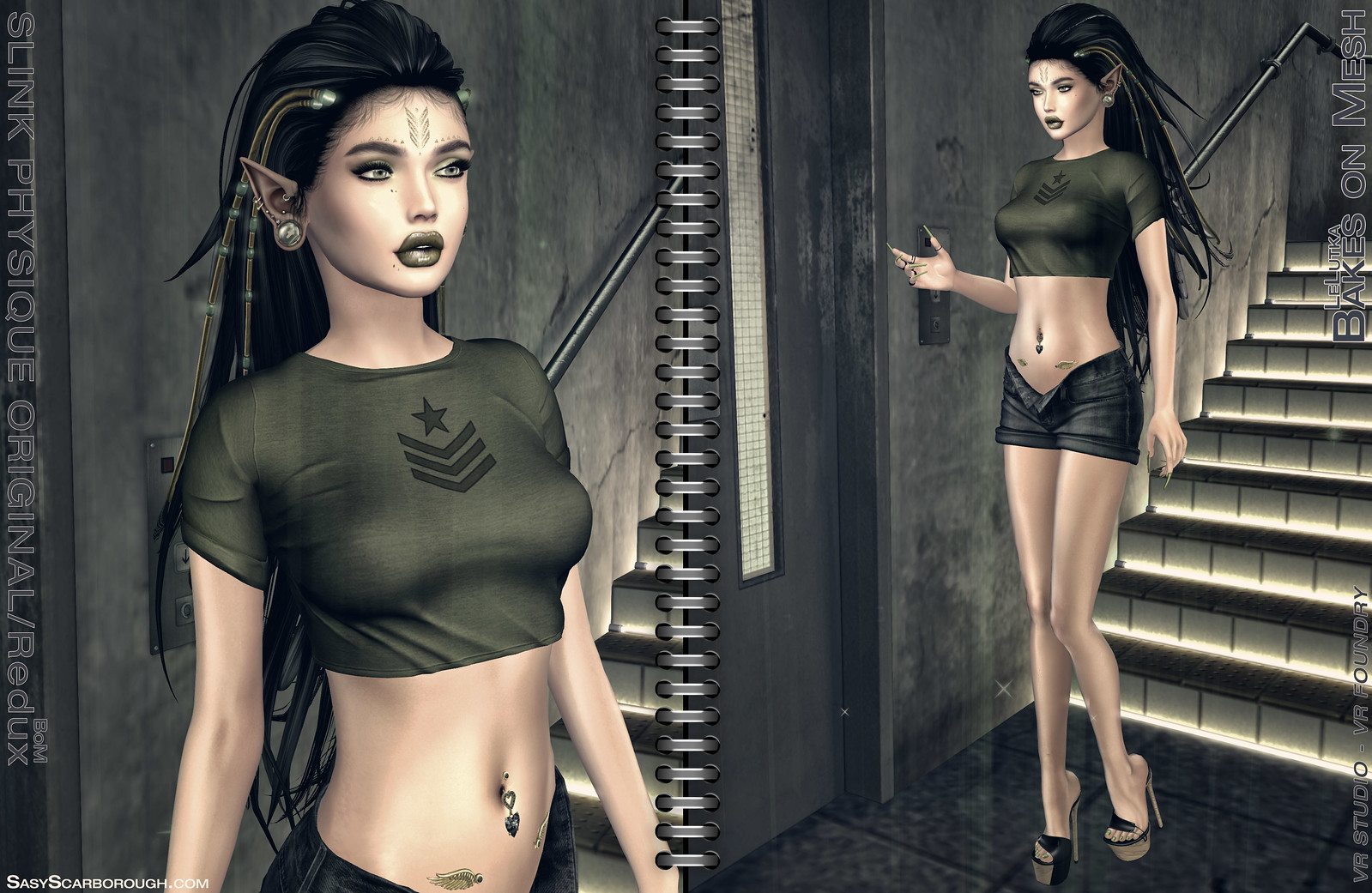 So every once in a while I have ‘inspired thoughts’, in the past I called them Thunks! but generally speaking they are just little Sasy Crusades. On Sundays years ago, I used to suggest people comment ten times, I felt that with all that everyone does in the realm of Blogging that it is so rare these days to see comments at all, and even pictures on Flickr you see praise for a picture, but there is no real communication on if that picture did something to inspire someone else, or in Blogging, made someone run to the store and get an item they saw. Or for that matter maybe it lead someone to a store that they had never been because of the overall styling of a picture. In the olden days, Creators used to send Bloggers items well in advance of a release, there was the time to do that back then, Bloggers caught errors, they had time to style and they spread the word like wildfire through the grid that something was coming. Releases are different now, but Blogging is to reach a bigger audience, and to show things in ways that may grab attention more so than the stores own advertisement. Creators have gotten much better at presenting their work, but while they may show the pieces in the way they imagined them, someone else may use them in a way that reaches someone in a different way.

These days Blogging has a lot more pressure going on to perform, I recently as mentioned before left all Blogotex groups, and have left most other groups I was in. I have a few but generally speaking I shop a lot, and always have, and however that happens it is important to me to let those that inspired that shopping know it. I was going through flickr the other day and two things stood out to me, and I saved the images because I wanted the items and that was what made me think to do, what I thought to do. I made a banner, that when I think of it, because sometimes my crusades roll away – won’t lie life happens – but the intention for me anyway is to acknowledge that that persons picture or post, is the reason I went to that store and spent money, or grabbed demos, or made note to visit it again in the future. It was that person whether a full blogger, a photographer or just someone taking a snapshot that happened to mention where something came from that got my attention, and whether they have 5000 views or 15 they still mattered to someone, someone that discovered something by way of their willingness to share it. Another reason that not crediting things is not fun for those that seek information.

It has always been my way that if I inspired one person to go discover a store or an item that I shared, that that was really awesome, and I still believe that. So today two peoples images sent me to two stores, one I have shopped at many times, but the item worn was what made me stop in my tracks, and the other was a store I have known but not shopped at. One of the pictures was by Nadja Baxter, who is an incredibly stylist, photographer and just an incredible asset to Second Life and I am so glad to know her. It was this PHOTO and the Skirt had me running to the store and fatpacking that and the t-shirt pack I am wearing in the post, which lead to shorts I already owned. So thank you Nadja Baxter for your work. Then the other PHOTO by Mara Rage – someone who I have only been following the past few weeks how lucky am I – had this incredible hair on, and I just had to have it, and then of course a pack of a top that I could not resist, so thank you also for your work Mara.

I had so much fun putting this whole look together, the hair needed ears, and attitude, which the top by coincidence had with the military symbol option…then I wanted some boots that made me think of Utopia Design, but then that lead me to these heels which I did not already have so grabbed those off of Marketplace. Then looking for some fingery stuff, I ended up at Realevil and the next thing I knew I was buying three different belly piercings, not only because they were cute, but that they include so many size options and both Slink so that just worked out fortuitous seeing as I am still doing the Slink Physique Original posts.

I am just glad that my crusade was so much fun for me at least, and if you want to use my banner to let other people know that because of them you shopped 🙂 feel free. To be clear, this is for me to let others know they did something that made me go running, and I am so lucky we have so many ways to get as much information as possible about Second Life Content. It also means even if an item I buy does not end up on a blog, at least I am showing my support for the person that shared the info, sometimes we do not know if that comes across :).

I think comments also help someone if they are struggling or feel like their picture didn’t come out exactly like they wanted. A little encouragement or a comment just to say I liked your post could really change someone’s day and also it lets them know that people are taking the time to look at what he or she is doing. Nicely said Sasy ♥

Thank you so much Lainey and yes I agree very much so. I try and comment when I can, and aim to do more as time allows.