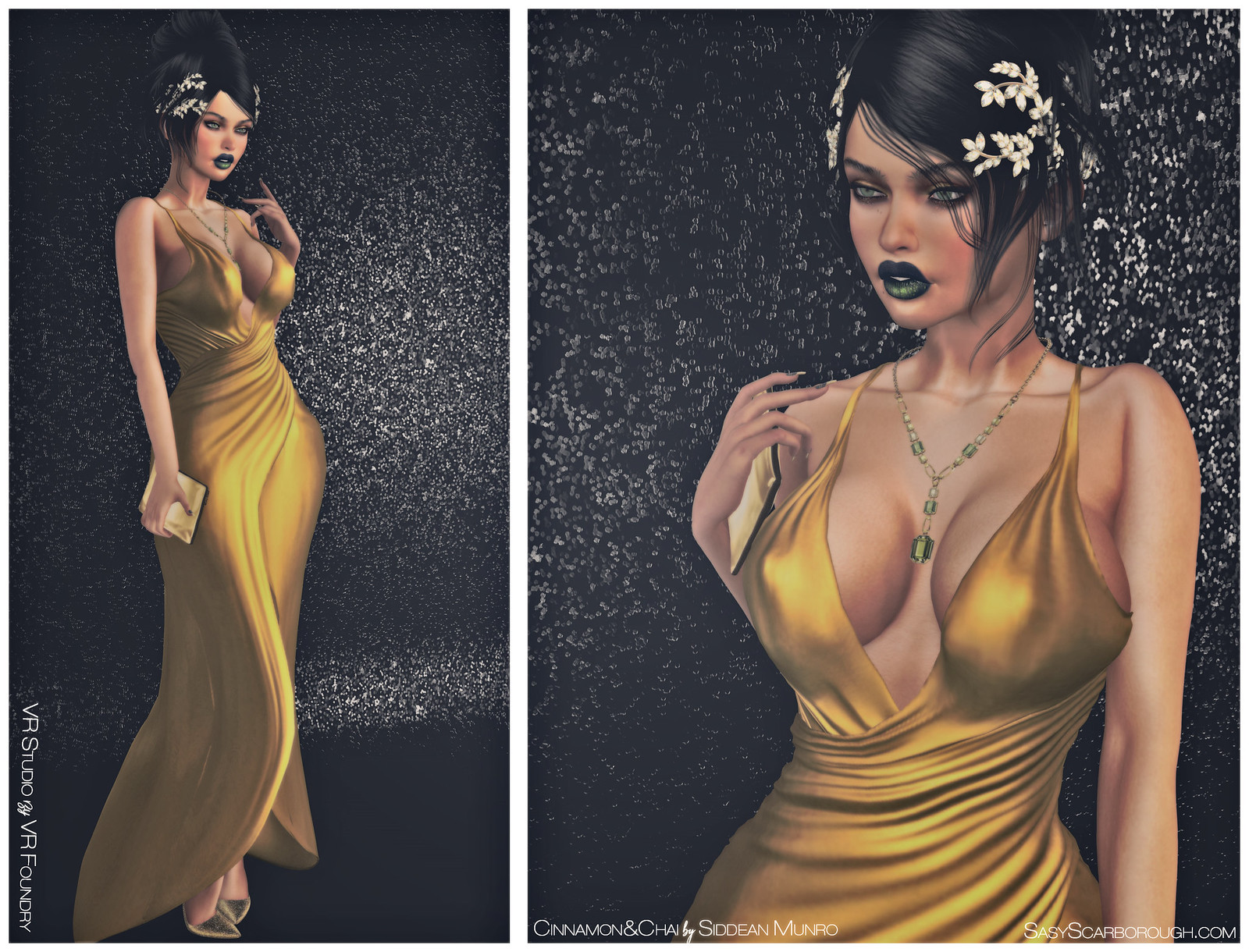 Thanks to the incredible creations available, I was able to make my new Cinnamon & Chai look glamorous and then some. This new gown by Baiastice is at the Santa Inc event, I went there specifically for this gown and ended up so enamored by the gown and the colours available that I had to fatpack it, which was lucky for me, as I ended up using a colour that was not even one of the ones that I was finding hard to decide on. There are ten incredible colours extra in the fatpack so this gown will have you set for every occasion.
The Siren heels by Slink have been recently updated to include Cinnamon & Chai sizing so that was a bonus as the gold glitter version look great with this gown. I paired up this stunner hair accessory that I got at this years Hair Fair by Dahlia that is in two pieces so you can use both or just one, depending on the look you are going for, and paired it up with the Smolder Updo by Exile, this updo is fabulous, I have worn it to the beach in a bikini and to a ball in a gown so far, the perfect style to have on your wig stand.

I also stacked some AlaskaMetro shadows, I really like that she has included different percentages in the shadows, so I was able to wear a gold shadow and then use a 60% glitter over the top for a lovely effect, you should play around with those options when as she has gone through the trouble of including them.

My necklace by Kunglers brought it all home for me, such divine pieces they create, I do need some more rings however, but added an older Baiastice clutch instead.