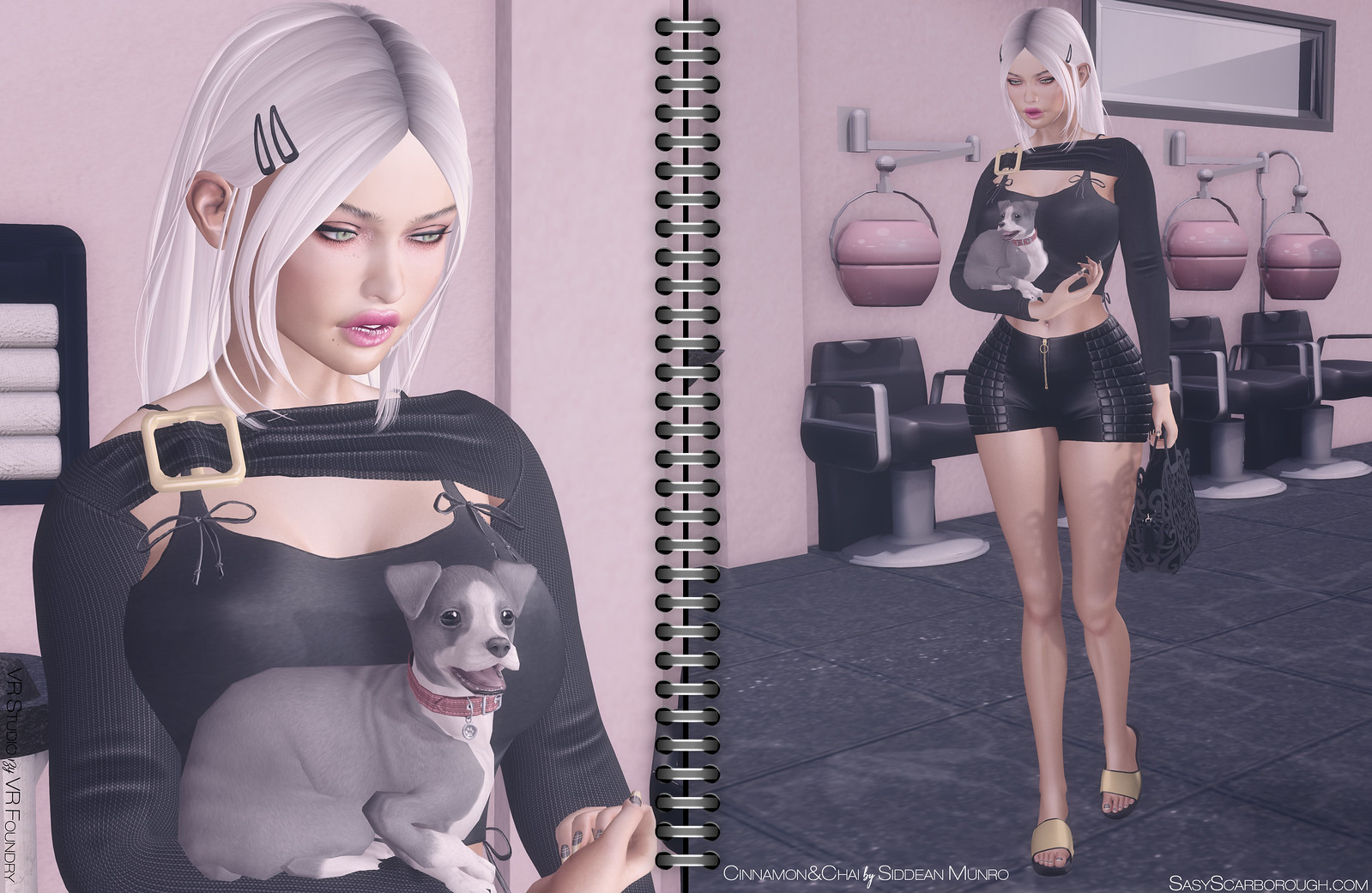 I do not think I have ever run all over SL chasing up all the items from one store as I did today. So many items at events, but I wanted to grab as many of the releases by Flirt that are made for Cinnamon & Chai as I could as I really like their recent releases and look forward to more for this body. I also was desperately wanting these hot pants by Exxess who I have always loved for hair but now am becoming a fan of her clothing as well, superb texturing and just beautiful styling.
The Gold buckle from the top lead me to matching up to the leather slides that change heights with the animation of the Cinnamon & Chai feet, which is super great for photos. The shorts also gave me metal options so I was able to gold accent throughout the ensemble and that always makes me super happy, I am a silver lover usually, but the top was with Gold, the rest worked out well.
I really like this top, I do wish though that it had an option for just the bolero on its own, but I will survive, or maybe ask them to consider it, you know me…