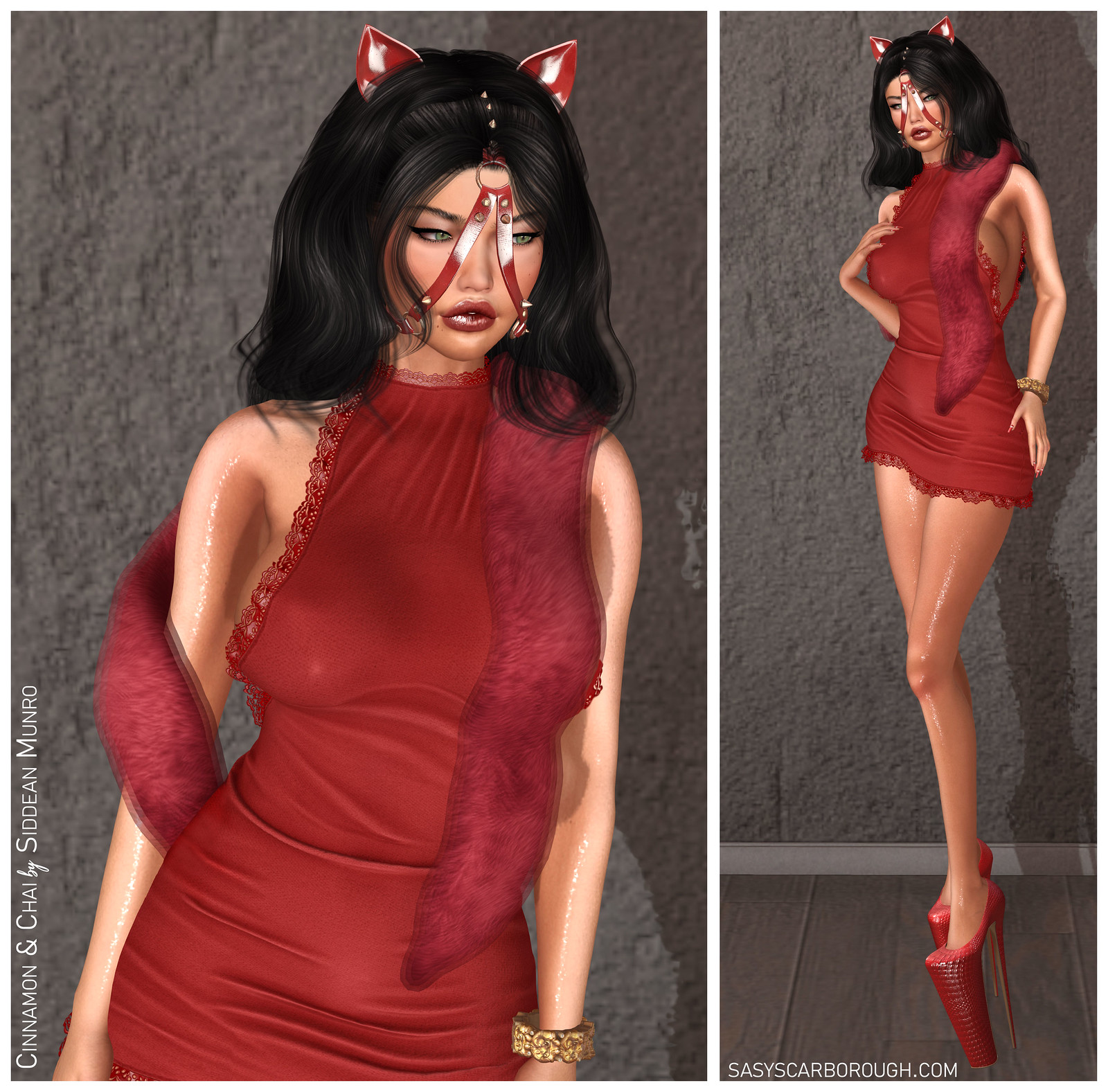 Well didn’t I just have the most bizarre time zone confusion. I have been excited about an upcoming release by Athor at the Tres Chic event, and I tpd over and was not allowed on the land, and I honestly thought I was banned and for the life of me could not figure out how that would be possible. The event however starts on the 17th which it already is down here, so hence my confusion. I am relieved though, because one I do not want to be banned from anywhere and two I did not want to have to wait a month until the item was in the store. Lucky for me I already took some pics the other day of a gorgeous look, that I was yet to post on so here I am filling in that time.

I had mentioned getting this gorgeous dress from Flirt in a previous post, and it was the perfect dress for these New shoes from Cinnamon & Chai the extreme heels. These are gorgeous and come in either solid leathers pack or an exotic pack that has zebra and tiger prints and these cool crocodile textures that the materials make look amazing. The beauty of the shine on the leather reminded me of those amazing harnesses that .Shi made at this years hair fair, and turning off the headband on this lovely hair by Exile a hairstyle that not only has a head band, but options for duo tones and behind shoulders, left and right or forward, all the things I love in hair, it all came together perfectly…grabbing an old stole and I am off for a night on the town.

There are also a gift version of these shoes for Group and Subscribers to the Cinnamon & Chai store, and the shoes come with a Slink fit included, so whether a Cinnamon & Chai wearer or a Slink feet wearer you are sorted.