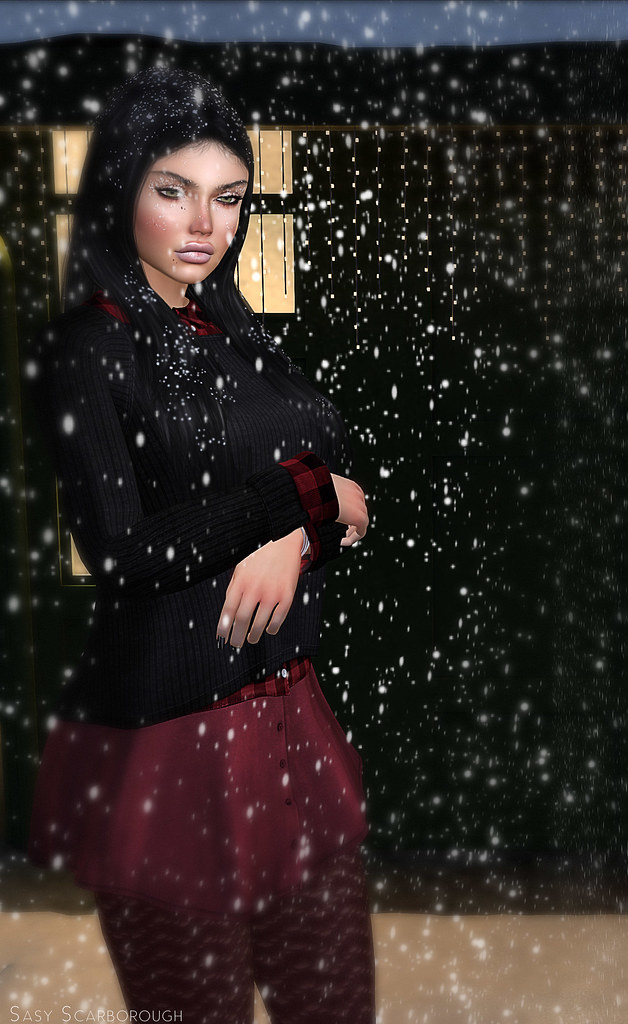 This post was more of a showing you how to get the most out of your Bakes on Mesh system skins if you have tried them and they failed to look as good as you hoped around the nose area. Izzie’s has released nose fixes that take care of that, and with some time you can revive those older skins and feel anew. I am so happy this is an option, it gave me a chance to get back into an older skin, and I hope you all get the same chance, this may also work on skins that are created for a different head than you wear, always worth a look.

I took the main picture in this wonderful train station scene that is also at Shop n Hop by FoxCity and is reduced during the event, as are all things there. It even includes a snow prim animated and with that and the great gift hair by Magika, some make up by Izzie’s I was that perfect blend of Australian that does not know how to dress for really cold weather, but still loving it all. When I was in the US in the past when the weather was cold, I could never dress warm enough, for one thing even if I managed to take wintery clothing we just don’t have the real stuff down here, then on top of that with all that central heating and crazy double doors etc stuff you have up there, how can you know before you are outside how warm you need to be. I would be drowning in clothing, gasping for air, and then go outside and my breath would fall to the ground and shatter. I gave up, it was just easier to be cold, and snow is the best thing ever. I did add a bit of red to my hands and my upper lip for the picture, I also blurred out the snow on the hair as it was a bit too crisp compared to the snow falling, I hope you like.

Make sure you get on over to Shop n Hop if you have not been yet, you need to, and if you have, go again, I have been three times so far.