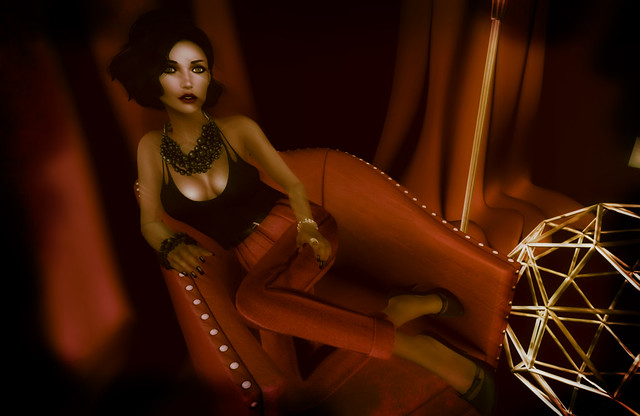 She was the innocent, the evil, the sneaky and the seductress all rolled into one. Behind every closed door she would lurk, she wanted all the secrets, and when she found out that some were too close to home, she managed to regroup and come out on top. She made the show something to watch, the show of course being Twin Peaks. I have to admit though, while it was actually on in Australia, I didn’t watch it…on occasion I would be at a friends place waiting for us to go out and her Mother would be watching it, and it would always be one of the oddest scenes, that I just cocked an eyebrow and humphed a little, not interested.

Then years later a friend got the first two videos and I watched it, then was so addicted, that I raced to the video store and got them all…that weekend I watched the whole series, and have watched it a few times since. It is incredible, the perfect blend of drama, thriller, rom com and more. I often do hear birds in cages squawking in my head – shudders- but that just goes with the territory. While Twin Peaks was scary in stages, it was really ‘Fire walk with me’ that was the scariest of them all, so if you haven’t watched the ‘prequel’ you really should.

The team over at C88 have really done a great job of combining bits and pieces of the show to draw inspiration from. While I am aware, the red curtains and chair were more to do with Laura and Detective Cooper, it really is Audrey that was a Puppet Master in so many ways.

The pants are highwaisted pants by The Secret Store and are just perfect for this look, combining them with a tank top from Blueberry. The shoes are from Ingenue at C88 as well and I just love the preciousness about them…there was a very vintagey air to Audrey, to the whole town really, even though it was set in the time it was created. Like they just didn’t quite evolve the same as everyone else, a little slower moving.

The skin is me being naughty. It is Viola a soon to be released at Skin Fair skin applier set by YS&YS. I tried so hard to be good, but when I took it off, and tried to wear something else, I just couldn’t…Viola is just perfect for Audrey, it was a must. It is so beautiful and so many options now with the Slink heads having make up layers.

The Jewellery is a mix of the stunning pearl rain sets that were at Shiny Shabby by Mandala. The amount of detail that they can get into anything is astounding…this set is just delish. The gold pieces are from Ariskea, and the gold metalic finish is wonderful, very realistic, so if you were after some true gold looking pieces, check them out at C88 for sure.

Lamp From Another Place –  Schadenfreude @ Collabor88