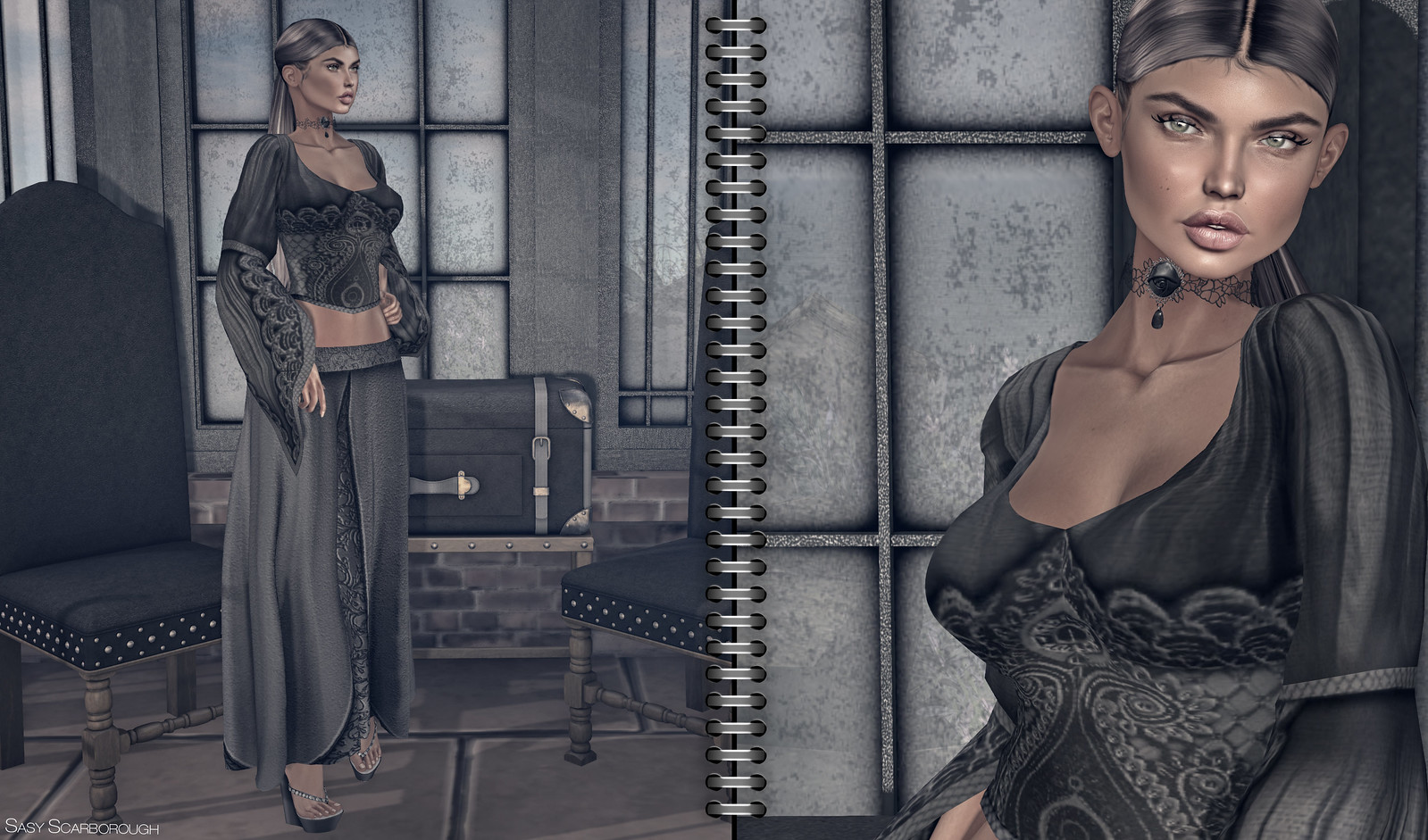 The year was 2006, I was roughly a month old, and I was at Gurl 6 buying my already probably 30th hairstyle…she made it easy, there were so many rooms of hair even then. I was in the process of buying a style when I saw in the ad the pretties black with pink detailing top. I IM’d Six Kennedy –  because I am an Aussie, and I did not know that that was not the normal thing to do – and I asked her where the top was from, she asked me to hold on and then next thing I knew I was sent the top from her inventory – back then more common to have things no copy – and it was called Princess, and was part of a set. I was so shocked that she would give it to me, she explained I was doing her inventory a favour as she never wore the same thing twice in ads – I think all of us wanted to be like Six. I told her that I would like to pay her for it and that I wanted to know where it was from at the least so that I could buy it from the store directly. The store was Pixel Dolls, the build was this very tall old Victorian looking build and you had to camera up and up and up to see everything – a bit like Bare Rose but not.

I was head over heels for this store, not only did a buy another colour of Princess, much love still to Six for the gift, and then went on to buy everything else in sight. The clothing was a mix of high glam, 1920’s flapper a bit of Gatsby before it was even trendy again, some latex and rubbery Aeon Flux kind of looks and just overall beautiful pieces, with velvets and heavy and luxurious fabrics. I wore a long tulle skirt from there often, with various tops and Asian influenced styles. Flexi and Glitch pants, but everything so feminine and beautiful. Then the store grew bigger and bigger, skins were available, she was the Queen of gargantuan SALES often reducing her entire store to 10L per item, we would go nuts. If she had a release it was more of a collection, empire style gowns, steampunk items top to bottom and everything in between. Her stores were majestic and I spent so many hours in them with Whimsy and Mel over the years.

Until today I thought she had left us, she did come and go a few times over the years, but I thought she was gone gone, but I found out today wrapped around some very sad news that she has had a store called The Muses for however long now, and mainly focusing on RP and Fantasy clothing…which as previously described was definitely her penchant. She has suffered a huge loss in her family and I am truly sorry for that, so Voshie Paine did a shout out encouraging people to go shopping and help out with much-needed funds going forward. Now it did not take me more than an inhale of breath to get onto Marketplace and demo the hell out of everything I could. Everything comes in so many body size options, that you should be covered, or in the case of some of the clothing uncovered. I got more than pictured, but I did just love these two pieces that I will end up wearing with other more casual pieces in future, the skirt is fabulous and the top with pants will be my thing.

I wish her al