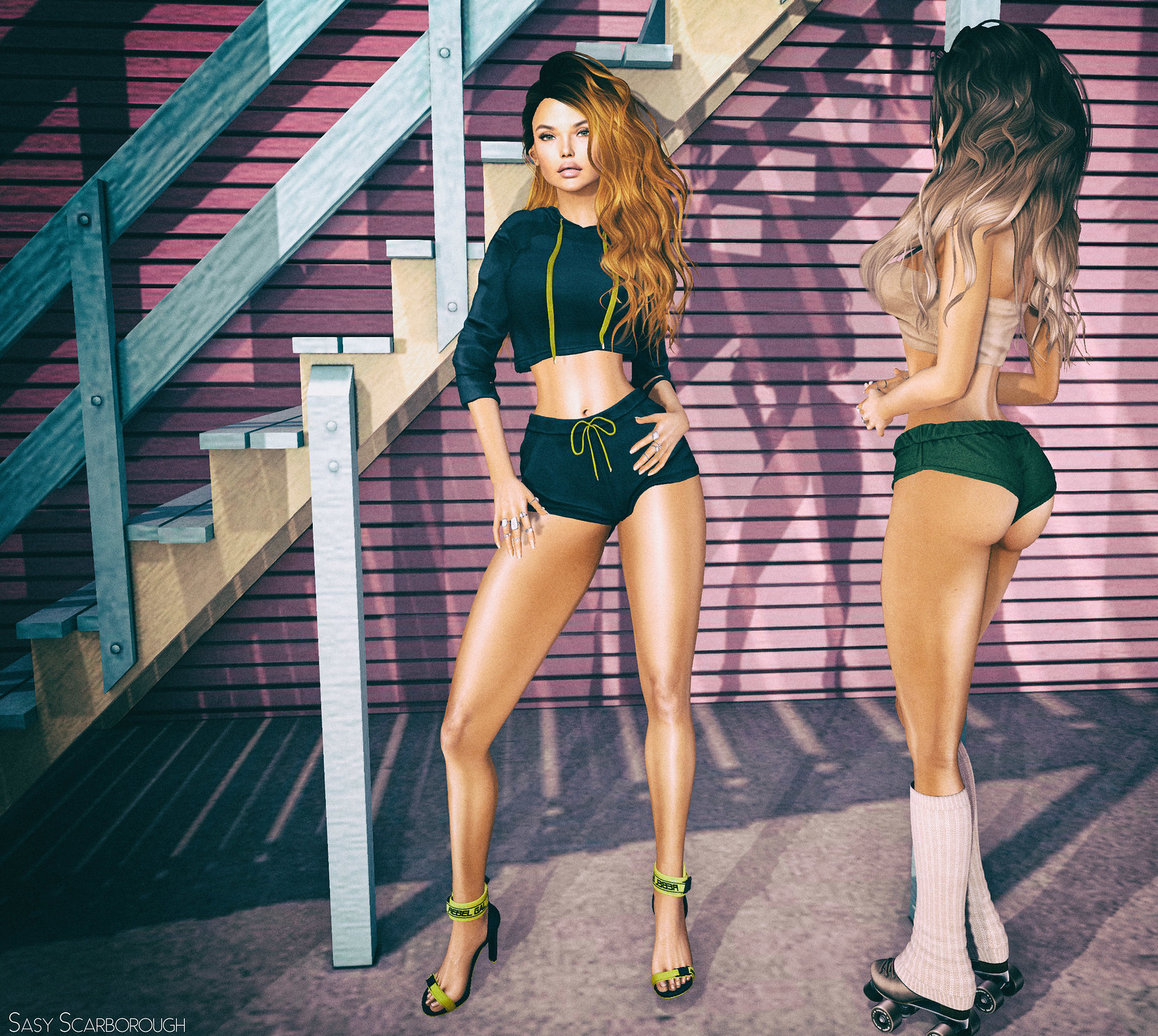 I may have mentioned in yesterdays post how much I was enjoying my bottom in the Skinnery skin appliers. I had purchased the new Drew skin and when I applied to the body, I was reminded of the nice bum factor of it. We tend to spend a lot of time back there, so it is nice when everything is as pretty as can be.

So when I saw that Cynful had released some new shorter than short shorts, I ran over this evening and picked up the new Baewatch set – you get shorts and a cute half covering tank top – as well as other shorts set called Rain Baby that comes with a hoodie. Lots of options whether single or fatpacking, so check out the HUDs in the demo, as Cynful explains visually as well as text what is included if only opting for the single colour purchase, which is nice and helpful.

I have had these gacha sets rezzed on my platform for ages now, saw them at backdrop city when it first opened and everything we saw that we liked Whimsy and I ran over to their stores and grabbed whatever we could…we like to own things, even if like these they sat around maturing for months. They are very Miami Beach scene looking – to me who has never been and watches way too many movies. If Barbie was going to rent for the summer, this is what it would look like I imagine.

Exile has released this amazing style of hair at Rewind, and it does come with adorable daisy flowers scattered all over it, but I opted for the without option, because I was feeling very sporty and such. The styling HUD included has the full style front option, then side swept left and right options and all with and without the flowers.

I have so many sets of rollerskates now, but I could not resist these by N-Core, they say they are for Slink Physique Original, but as they do not go higher than the knee they fit Hourglass also. The shoes by Rebel Gal are just too much fun with their racey look. You can change so many of the features with the HUD in the fatpack, and they even did some of the work for you by including some combinations already set. Matchy matchy with my shorts set.

Flowers in the Sun – Exile @ Rewind