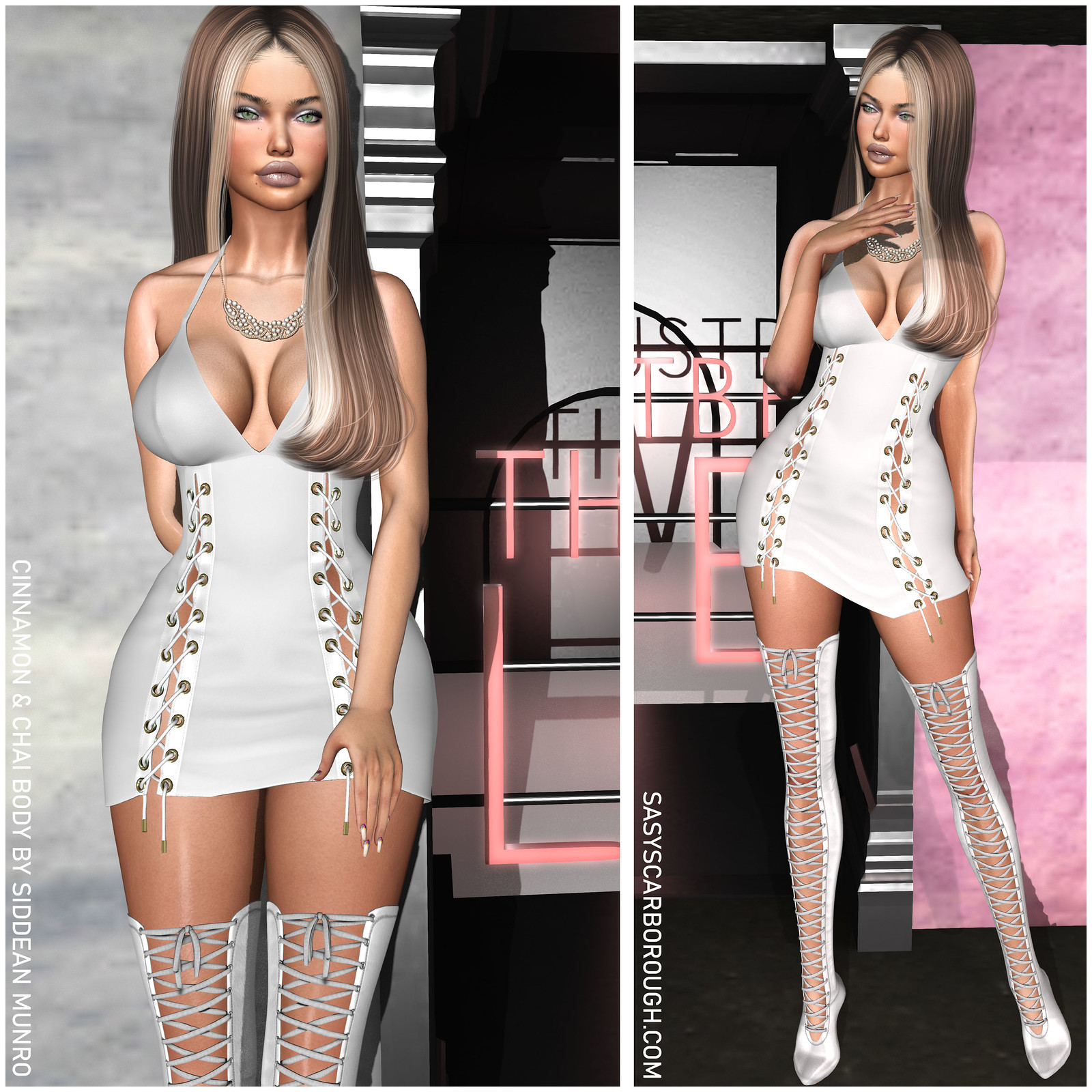 I mentioned the other day how I was racing over to get this new dress by Athor made for Cinnamon & Chai, and it surpassed my expectations. I grabbed the fatpack if the dress and the shoes, but decided to save the shoes for another post, instead wearing these great boots from Cinnamon & Chai.

So many laces, I am glad that in Second Life we have secret lacing elves that take care of such things for us, because otherwise it would take hours to get ready, and I am just not that kind of girl. The fit of the dress is amazing, the style suits the body superbly and I loved it on sight. Then the hard part was deciding which colour to wear and then finding out I could change the laces colours with the fatpack HUD I was even more invested, but the white on white just felt right.

Must be love (Gacha) – The Bearded Guy