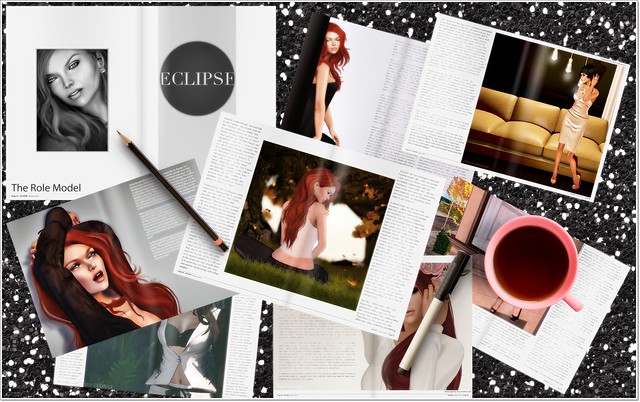 Last month I had the incredible honour of being the cover story for Eclipse magazine. It is almost time for their February edition, but I did want to acknowledge the moment. I was interviewed by Cajsa Lilliehook a very good friend over many years now, and she took what was said and featured it in this lovely article. I was very humbled by the attention, and getting the chance to have my pictures taken by the very talented Lessthen Zero was a very new experience for me, as I am rarely in front of the camera without being also behind it. To just get on a stand and do nothing was fun. I did however talk a lot, and so they ran out of pictures, so a few of mine are also featured, so that was a buzz too.

You can see the article HERE at Eclipse Magazine and I urge you to follow it, as it has featured in the past some wonderful people that make up Second Life and I am very proud to be part of such a marvellous assortment of Second Life Residents.

Thank you to everyone at Eclipse for making me feel not only special for the month of January, but going forward into a wonderful 2016.